Six years after the Bold Street International Pavement Art Festival, Urban Canvas have pulled off another great success with 'Chalk It Up', in Crewe town centre (Cheshire, England) on 26th / 27th August, 2017. There were 22 'screevers' who took part over the 2 days. The represented nations were USA, Mexico, France, Holland, and the UK.

Adry del Rocio is one of four Mexicans who took part in the 'Chalk it Up' pavement art festival. She chose to chalk up a 'selfie'. The public made her work their favourite and she was awarded the Peoples Prize. 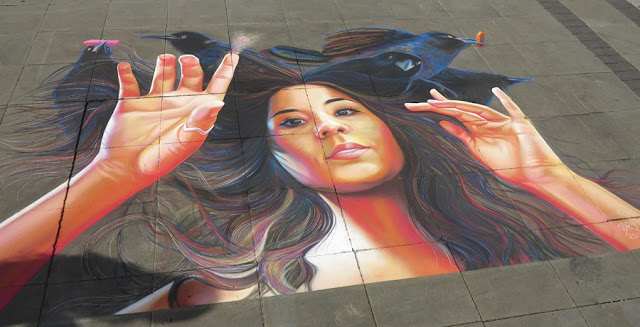 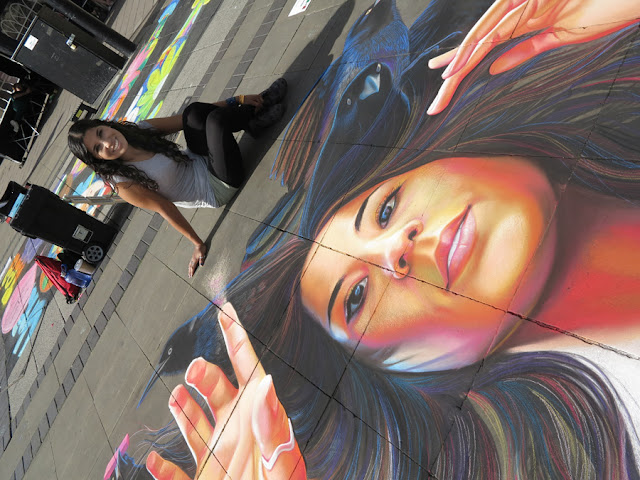 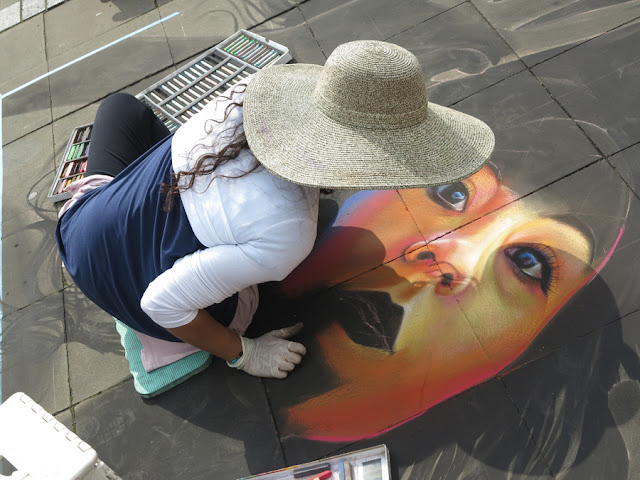 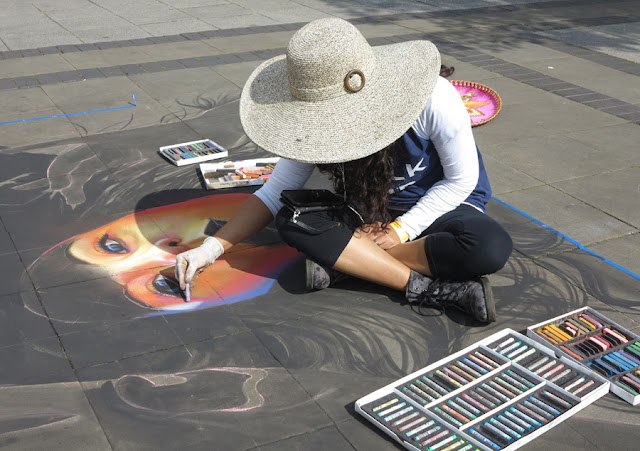 Alan Carr
I live in Cheshire and am a founder member of Visual Arts Cheshire - a community arts project. I am a photographer, IT trainer, blogger, podcaster (Darkhorse Radio) and gallery curator. I am chairman of ASAP - a charity which has recently rebuilt a primary school in Lesotho.